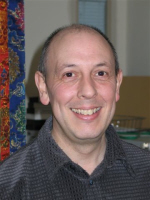 Dean has been an acupuncturist for over twenty years. He first became interested in acupuncture in the late 1980's, while filming and editing the lectures of Prof. J.R. Worsley, the founder of the College of Traditional Acupuncture (CTA), Leamington Spa. At this time Dean also started to have acupuncture treatment and was so impressed by its benefits that he decided to train as an acupuncturist. He qualified in 1992 and later went on to complete an Acupuncture Master qualification in 1999. For many years Dean was a senior member of the teaching faculty of the College of Traditional Acupuncture and was also Head of Clinical Studies for over four years, until the recent closure of the CTA. He has written and published a definitive book on acupuncture point location and will still be running advanced training courses for professional acupuncturists. Having been mainly practising in Leamington and Hatton over the last twenty years, Dean, who is local to Coventry, is very happy to be now also running a clinic at the Earlsdon Acupuncture Rooms.